Tonight, while the children are nestled all snug in their beds, some of us will be swearing and sweating as we assemble the various plastic pieces of the things our kids just HAD to have. It’s basically a tradition and is probably why most parents of young kids are zombies on Christmas Day. Hey kid, you like that tower heap of battery powered crap that will never biodegrade? I can tell. You played with it for all of 10 minutes. Great ROI on that time spent in the wee hours of the night.

But, I digress, as this is not an airing of my grievances, but rather a tale of a 1980’s West Virginia family, whose parents gifted their two young kids with a magical small scale model of Disney World’s Main Street. Projected assembly time? Two hours.

Actual assembly time? Eight hours. I called my mom because this village springs to mind every now and then, and I wanted to reminisce.

“Where did you guys get that Disney Village?”

“I’m not sure whatever happened to it, but I think your dad took it out back and burned it in effigy.” – My Mom

The buildings themselves were heavy duty pressed cardboard of some sort, and while they had seams, you still had to bend them into the shapes of the buildings. Then, using these little tiny rubbery plugs, you anchored the sides of the pieces together so they held their shape.

It was 4×4…. feet. Yes, you read that right. Sixteen heavenly square feet of Disney’s charming Main Street at Christmas time. At one point, my mom and brother and I left the house to run and errand (and give my dad some space) and when we got home, I remember thinking he really hadn’t made that much progress. Hahaha! Poor Dad.

It escalated quickly. We got a large piece of plywood to use for the base due to its size. The actual “streets” and layout of the scene were on a mat that you had to lay on top of said plywood. This little holiday joy was quickly morphing into a family nightmare. Where are we going to keep it? How are we going to move it? “You kids better play with this damn thing!”

So we got the mat down and kept plugging away (literally) at the buildings. Well, Dad did. I don’t remember my brother and I being all that helpful. In fact, I remember waffling between impatient and bored. They said it wouldn’t take long to assemble! They lied. We were 6 hours into a 2-hour project. Wtf, Sears?! (Because it was the 80’s and of course it came from Sears, right?)

Then, the coup de grace: The lighting. It came with a bunch of little street lamps all linked together by wiring, and apparently they should have gone on the base BEFORE the mat so that the wiring was hidden. No way in hell was that happening. Half the damn buildings were already down and I’d learned some new swear words from my dad.

The little plugs left marks on our thumbs, and they kind of hurt! Some went in better than others; some required serious force. Dad required many beers.

This was 30 years ago, and to this day at the mere mention of “The Disney Village,” my dad groans and we all laugh at his expense. But the funny thing is, I have such a vivid memory of this event, and now that I’m a parent, I truly get it. My brother and I had a magical childhood, complete with a massive replica of Disney’s Main Street at Christmastime. My mom bought it for us, and my dad spent an entire day assembling it for us.

We played with it for a while, if memory serves me right. As it started to fall apart, we would take pieces from it and use them elsewhere. In the clutter of our toys, you’d stumble across one of the wayward street lamps or a tiny park bench.

So over the next couple days as we parents sit and grumble as we assemble and put God knows how many stickers on things, please keep this one thing in mind: They are lying about the assembly time. Triple it, at least.

*In honor of my parents, who would have given my brother and I the moon when we were kids. Thanks for a Magical childhood. ❤️ 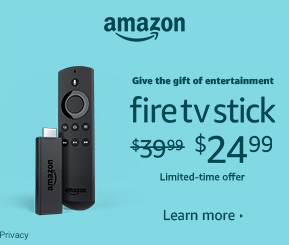